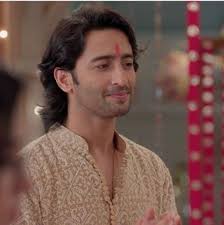 Abeer and Mishti's time to part away has come, Mishti has to blast the of bomb insult over her family amid haldi ceremony.

Mishti takes up her mind to do this and end all drama, so that her sister Kuhu can get married happily.

While Mishti couldn't get courage to do so and here she takes a step back and decides to run away from this.

Mishti decides to go far away so that Abeer may never find her and thus Meenakshi's soul mission gets successful.

Abeer on other hand will not let Mishti go away as he reaches airport and creates all dhamaka and finds his Mishti.

Abeer was all shattered to think that he had lost his Mishti and goes to knees as he finds her and propose love to her at airport.