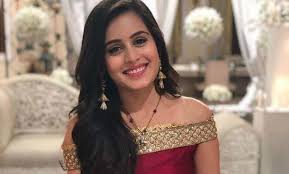 Rhea Sharma is a newcomer in this industry of television and had been part since 2014.

Rhea Sharma is born on 7th August and brought up in Mumbai, Maharashtra.

Rhea Sharma had been part of quiet a few shows and her first instinct was as Nishi Khanna in Itna Karo Na Mujhse Pyaar.

In 2016 Rhea had been part of show Kahani Hamari.... Dil Dosti Deewanepan Ki and in same year she played small part in film M.S Dhoni An Untold Story.

While the leading lady will now be seen in Star Plus upcoming show Yeh Rishtey Hain Pyaar Ke.

Here Rhea will play character of Mishti who will be a bubby girl with different thinking and mentality over choosing a life partner.