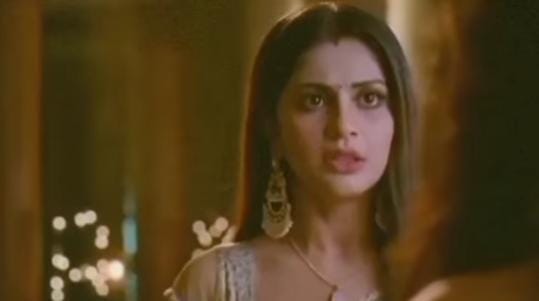 In current track Imlie feeds khichdi to Arto and the latter gets romantic with her saying earlier he didn't understand how valuable she is for him.

But now he can realise she can add happiness to anyone's life easily. Later Chini takes Imlie's place on the dining table and the latter seems unaffected by that.

There Arto rather chooses to sit with Imlie on the couch to enjoy the food. Chini feels Imlie cant win over her like this, she needs a solid plan.

She therefore sends another text to him saying she wants to meet him. He thinks why Imlie is not letting him explain about Chini's texts.

He is feeling stuck and he doesn't want to be together with Chini anymore.

Later he will keep hand on Imlie's mouth and will reveal about Chini's texts to her despite her denial.

Imlie will learn that Chini's motive of entering Rana House is how she can win back Arto.