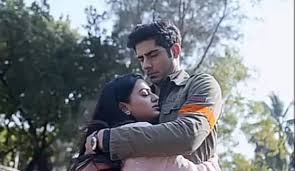 Kabir and Riddhima's life seems to take things to next level, Riddhima is shocked to see how Kabir is manipulating everything.

Kabir has now marked his entry in Vansh's business and is trying to rule it, while Riddhima takes oath to not let this happen.

Riddhima slaps Kabir and challenges to not let him get successful, while Kabir challenges to marry Riddhima and make her say yes to it.

Kabir force Riddhima to marry him by putting Dadi at life and death situation, while Riddhima is badly stuck.

Kabir enjoys this and force Riddhima to marry him, while here major dhamaka will unfold and Vihaan marks his entry.

Vihaan marks his entry dhamaka and brings full stop to Kabir's plan and what more dhamaka awaits ahead.