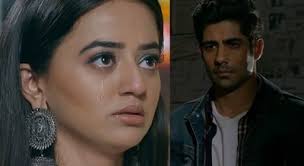 Riddhima and Kabir had bitter face off and everything is slipping off Riddhima's hand as Kabir is now trying to make over Vansh's business.

Aryan has joined hands with Kabir and asks Dadi to involve Kabir in business, while here Riddhima knows truth.

Riddhima can't let this happen as how Kabir is trying to destroy family, while now Riddhima had met Vihaan.

Riddhima is mesmerised to meet Vihaan but she knows that she don't have any time to waste and is focused on her mission.

Riddhima and Vihaan's next move against Kabir

Riddhima asks Vihaan to help her and turns Vansh for her and family, Vihaan was awaiting this opportunity and now bigger dhamaka is awaited ahead.

What more drama and chaos is awaited next in the story, will Riddhima and Vihaan be able to defeat Kabir.