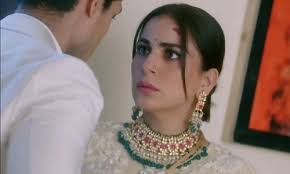 Pawan manages to kidnap Preeta and here after Preeta gain consciousness and tries to escape.

Pawan thus unveils his evil side and reveals that he just wants to fulfil his brother Prithvi's wish.

Pawan unveils Prithvi's evil side and what he had done to get Preeta and put everything on stake for her.

Preeta is shocked to see Prithvi's evil side and Pawan unknowingly unveils everything and he now tells Preeta that be will force her to marry Prithvi.

Preeta is taken a back and takes the pledge to not let this happen and not let this marriage happen at any cost.