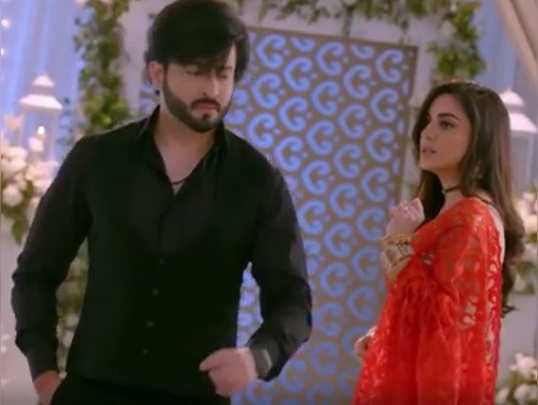 Karan and Preeta's reception party is organised and they have to come infront of media as husband and wife.

Mahira in no case is ready to let Preeta win thus battle and thus instigates Pawan.

Pawan is Prithvi's brother and is all set to kidnap Preeta to get her married to Prithvi.

Here Mahira is all set to take Preeta's place beside Karan in wedding reception while things will change.

Karan and Preeta's test of love

Karan is shocked to see Mahira instead of Preeta, he doesn't pay heeds for some time.

Later Karan realise that Preeta can be in some trouble and gets shocked as Preeta isn't found at Luthra mansion.

Will Karan be able to safeguard Preeta or will Pawan get successful in kidnapping her.