India Wali Maa: Kaku's do or die situation for Rohan 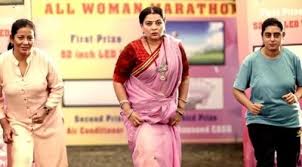 Kaku learns about Rohan's financial trouble and she tries to help him but fails.

Kaku's card gets blocked and here Kaku doesn't loose hope as she wants to help her Rohan.

Kaku seeks job where she can earn money to help Rohan while now she learns about the marathon.

Kaku learns about the marathon and decides to take part in it to earn money for Rohan.

Kaku is taking everything attempt to win the marathon as she needs money for Rohan and is ready to do anything.

Will Rohan appreciate his mother Kaku's this effort or everything will go on vain.