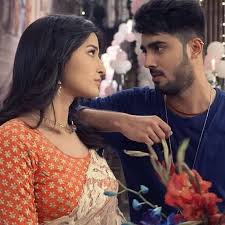 Kaku is happy to stay with Rohan and Chinu and here she learns about Chinu's pregnancy.

Kaku is much happy while Rohan and Chinu aren't as they know all the struggles they are going through.

Chinu and Rohan are planning to abort the baby while Kaku asks Chinu if she had given this big happiness to her family.

Chinu is puzzled and avoids the question and goes away, here Kaku gets doubtful that Rohan and Chinu are hiding something.

What is it, Kaku decides to find it and get to the root of it and what more twist and challenge awaits ahead.