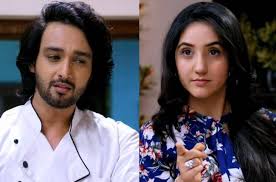 Minni sees Neil's emotional side and thus asks him to not give up on his daughter.

Minni motivates Neil to fight it out against Isha and demand his right as father.

Isha gets to know about it and is dragged to court because of Neil and Minni.

Minni and Isha's face off

Isha warns Minni to stay out of this matter as it is amid her and Neil but things are going to get worse.

Minni thrashes Isha and tells her that she is with Neil, Isha will thus play her game and assassinates Minni's character in court and calls her Neil's mistress.