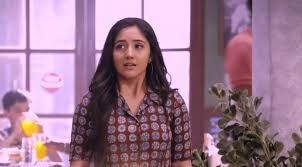 Minni and Neil's life seems to take new turn, here major dhamaka is yet to unfold.

Minni motivates Neil to fight against Isha and that too for his daughter and not leave his fatherhood rights.

Minni and Neil's this togetherness is not acceptable by Isha and thus she decides to ruin it.

Isha thus tags Minni as Neil's mistress in the court and tells the judge that Neil is betraying her for Minni.

Minni and Neil are shocked to see how cheap Isha can get and how can she use this as an opportunity.

How will Neil and Minni deal with this situation and what more drama and dhamaka is awaited.