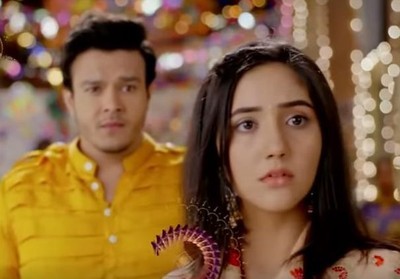 Imarti's father Sardar Singh creates big dhamaka at Nayeem Bi's house and tells her that he will fight till last breathe.

Nayeem Bi is on Hanuman's side, Babita couldn't believe that she has understood Hanuman so wrong and decides to confront him.

Babita goes to Hanuman and and asks him to tell all truth but initially Hanuman refuses to relive that moment.

Babita is all determined and asks Hanuman to share if he had ever considered her as his.

Babita now takes charge to fight it out for Hanuman's innocence against all.

Minni and Nayeem Bi is happy that Babita is on Hanuman's side and fighting for him.