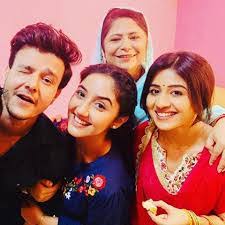 Babita had left Hanuman's house and now she gets to listen to Sardar Singh's allegations over Hanuman.

Imarti's father Sardar Singh asks Nayeem Bi to give statement against Hanuman as how he killed Hanuman.

Nayeem Bi is on Hanuman's side, Babita is shattered to hear all this and now she takes a shocking decision.

Babita goes to Hanuman and lashes at him, Babita asks Hanuman to tell all truth what had exactly happened that day.

Hanuman refuses to relive that moment but Babita is all determined this time and thus Hanuman had to speak his heart out.

Babita now takes charge to fight it out for Hanuman's innocence against Sardar Singh.