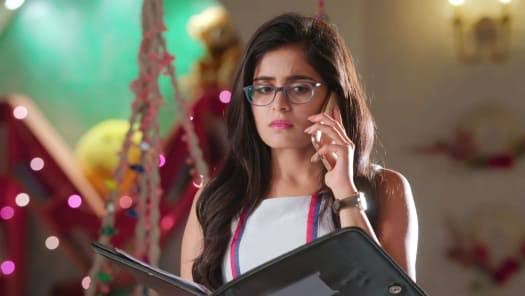 Abeer, Mishti and NGO workers are trying to open school in village and is even working against goons warning.

Swapan is the goon who is active in village and here he kidnaps Kunal and Kuhu to threaten Abeer.

Swapan asks Abeer to sign on property papers which he has purchased for school and Abeer is stuck as he has to save Kunal and Kuhu.

Mishti thus turns help for Abeer and fools Swapan and fights against goons to give opportunity to Abeer to escape with Kunal and Kuhu.

Swapan points gun at Abeer and Mishti comes in-between, but is not shot as the fire was in air but Abeer got scared.