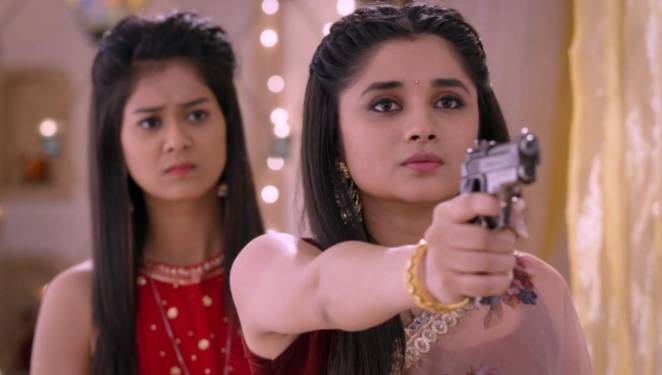 Zee Tv’s most popular and lovable daily soap show Guddan Tumse Na Ho Payega is up for some high voltage melodrama and upcoming twists in show.

As per latest track of the show AJ is furious over Alisha endless drama where AJ also gives punishment to Alisha.

Where one more incident added spice to Aj anger where Guddan’s phone blasts,

But  Guddan is not ready to see Alisha in pain where Guddan planned to bring Alisha back on track by herself.

However after all this Guddan takes gun fro cops and vows that she will not let Alisha to go to Jail and ask AJ to send them back.

Keep watching  this site for more exciting updates and upcoming twists in your favourite shows.