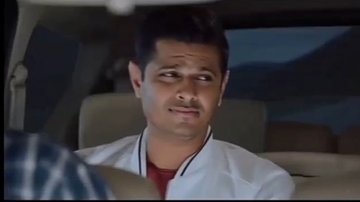 In the Upcoming track of the most popular show is from Star Plus Ghum Hai Kisikey Pyar Mein is gearing up for many interesting twists and turns.

Sai fails to stop her becoming Surrogate Mother as Pakhi gets successful in her intentions. Pakhi silently Celebrates her Victory in her Mind.

Sai gets furious with Virat and everyone else for letting it happen. She shouts at Pakhi for becoming the Surrogate even after knowing that she don't want her to be one.

Virat defends their decision and tells her that she was late and the decision to bring Geeta is wrong as she denied at the last moment.

Sai gets furious hearing him and she yells at him. Bhavani comes to his support and warns Sai to be in limits.

Sai takes an impulsive decision of leaving the Chavan Nivas which shocks Virat and everyone else. He pleads her to stay back but she turns Deaf to his pleads.

Will Sai leave the Chavan Nivas?

For the most Exciting and Latest Updates of your favorite shows, Stay Tuned to Latestgossipwu.com.