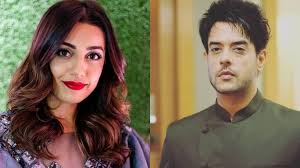 Star Plus is coming up with an all new show Zindagi Mere Ghar Aana which is going to go on air from 26th July.

Pritam and Amrita's story is going to be live from Monday at 7:00 pm and expects great start.

Pritam has lost all hopes of life and he stays in himself and don't want to interact with anyone.

Pritam hates everything about life while Amrita is a full of life character and finds happiness in every situation.

Amrita is living for her family and is a good daughter-in-law and has taken her husband's responsibility to run the family.

Amrita and Pritam's life will get connected in unexpected ways as Pritam turns Amrita's paying guest.