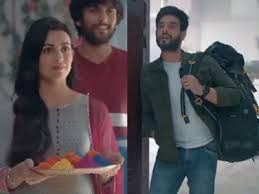 Star Plus is coming with an all new show named Zindagi Mere Ghar Aana which is going to go on air from 26th July at 7:00 pm.

The story revolves around a women who is pregnant with a baby and has lost her husband.

Amrita and Pritam's life gets complicated

It is story of Amrita who is a loyal daughter-in-law to her family and is doing her best to handle family.

Amrita is dealing with her own troubles while keep a smile on her face and on other hand there is Pritam who is sad for no reason.

Pritam has lost hope in life and he soon turns paying guest at Amrita's house and thus their life gets connected and complicated over their different prospectives.