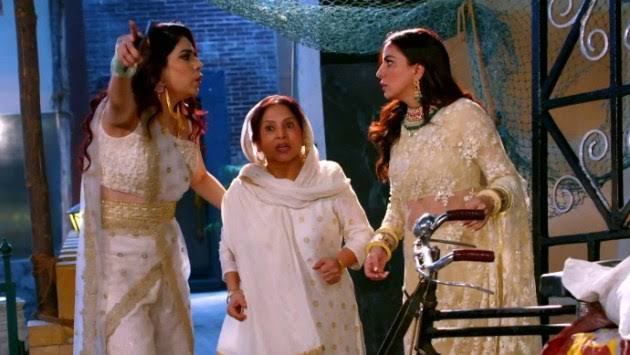 Preeta is in Prithvi and Pawan's clutches and they wants to get Preeta married to Prithvi.

Pawan has kidnapped Preeta with the same motive and now Preeta learns Prithvi's real side and evilness.

Preeta warns Prithvi but he is all determined to marry Preeta by hook or by crook and is ready to take any step.

While here Preeta's determination gets more strengthened and this is up for major dhamaka ahead.

Preeta and Prithvi's face off

Preeta will fight against Prithvi, Pawan and goons to run away and here she gets Janki aunty's support and thus the battle of rescue begins.

Preeta and Janki gives tough time to Pawan, Prithvi and their goons and rushes to defeat them and run away to reach Karan.

Will Preeta get successful in reach Karan and bringing the much awaited union of Preeta and Karan.