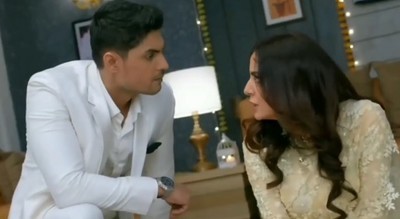 Zee TV's popular daily soap Kundali Bhagya is up for big bang dhamaka as Preeta is in new mess.

Pawan has kidnapped Preeta to get her married to Prithvi as he was obsessed with her.

While now Prithvi had change of heart and refuses to marry Preeta and here Pawan is irked.

Pawan refuses to leave Preeta so easily after what all she had done to his brother Prithvi.

Preeta is taken a back as Pawan tells her that now he will marry her to ruin her life and to separate her from Karan.

Preeta and Pawan's face off

Here Karan is all restless and rushing to find Preeta and save her, will Karan be able to reach on time to save his love Preeta.

Will Karan and Preeta be able to unite or is this the end of love and separation is determined.