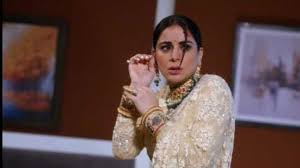 Preeta is shocked as she is in big mess and here Pawan asks Prithvi to be ready for wedding.

Preeta warns Prithvi while they laughs at her and makes arrangements for the wedding and asks Preeta to loose all hopes.

Prithvi thanks Pawan for giving him this moment as he had done so much to marry Preeta but fails.

Here Sarla, Srishti are worried for Preeta and Karan assures them to find Preeta and not let anything happen to her.

Karan is in action avatar to reach Preeta, while on other hand Prithvi asks Pawan to kill Karan if he tries to ruin his wedding.

Preeta is shocked and asks Prithvi to not stoop so low and here Pawan assures Prithvi that no one can stop this wedding today.