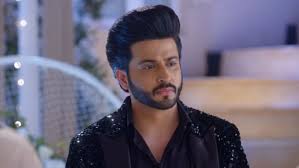 Zee TV's popular daily soap Kundali Bhagya is gearing up for new twist in the story.

Karan is shocked as Mahira unveils that Preeta had runaway with her lover Prithvi and left him.

Mahira had made all plans to create differences and malign Preeta's name while Karan's heart isn't ready to believe it.

Karan thus takes side of his heart and thus goes on mission to search Preeta and refuses to listen to Mahira.

Karan is worried for Preeta and takes the step to find where Preeta is, while here Preeta is stuck amid Pawan and Prithvi.

Preeta takes oath to run away from Pawan and Prithvi's trap by anyhow and will not let them get successful in their evil plan.

What more twist and drama are awaited ahead, will Karan be able to save Preeta.