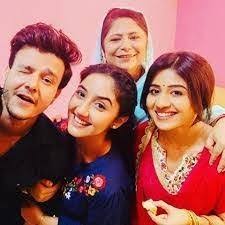 Hanuman, Babita and Minni's relationship has got complicated and everything seems to go through rough patch.

Here Minni takes decision to leave the house and not turn roadblock in Hanuman, Babita's relationship.

Minni thus takes her call to move to American University for her studies and grabs the opportunity.

Hanuman and Babita's end of character

The show will thus head for a leap twist, this leap twist is going to bring new dhamaka.

Hanuman and Babita's character will come to an end and the story will focus on Minni's life.

Minni's struggle of life and how she takes all challenges of life is the new theme of the show.