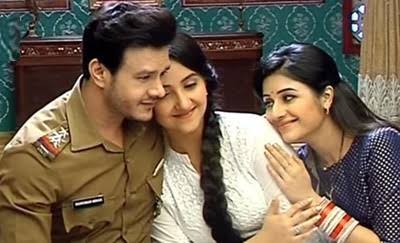 Babita has taken Hanuman's surname but Minni is not ready to take it, Babita and Hanuman are shocked.

Babita had her argument with Minni over it but Minni is not ready to take it.

Minni now takes a shocking decision to leave Hanuman and Babita's life, Minni takes offer of American University and takes up the course.

Minni and Babita's clash over surname

Minni is ready to go away as she don't want to interfere in Hanuman and Babita's life.

What more drama and dhamaka are awaited ahead in Minni, Hanuman's life post this decision.