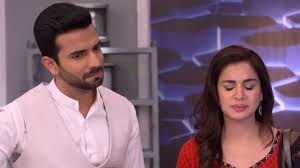 The upcoming episode of Zee TV's popular daily soap Kundali Bhagya is gearing up for new twist and trouble.

Preeta is left in big dilemma where she wants to save Rishabh and on other hand her mother Sarla is also in trouble.

Sherlin had blackmailed Preeta to not reveal truth to Karan and here Preeta has no other option to save Sarla.

Preeta also left with no option to save Rishabh and thus decides to sit at brides place and get married to Rishabh.

Preeta and Rishabh gets married

Preeta will thus take this step where she will marry Rishabh and put end to her love for Karan.

This shock will later hurt Karan as he will be shattered to see his lady love gone away from him.