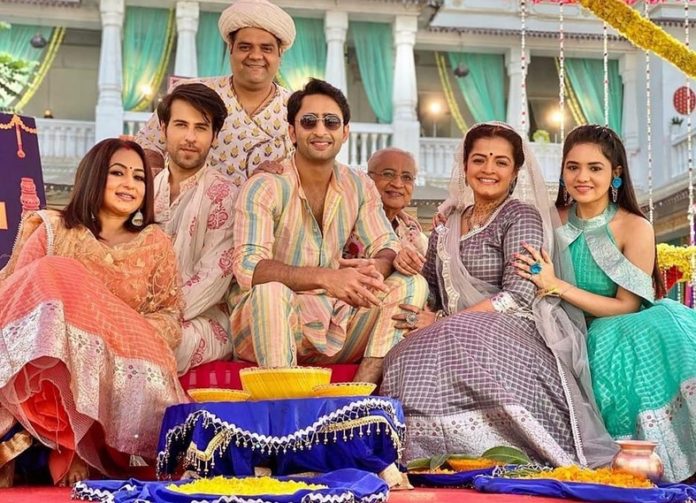 The episode starts with Maheshwari family leaving from Rajvansh house.

Nishi Mami praises Kuhu and then says that Mishti is also awesome, Kuhu feels bad over it.

Rajshri comes to Mishti and Kuhu and gifts earrings to Kuhu and takes Mishti's phone so that she can sleep.

Abeer messages Mishti amid Kuhu, Kunal's divorce and Varsha was about to see message but Jasmeet speaks to her against Mishti.

Abeer goes to Kunal and speaks against Kuhu and says that he will help him in divorce, Kunal speaks his heart out for Kuhu.

Abeer asks Kunal to make efforts and express love to Kuhu, while Meenakshi tells Nanu that she has transfered this Rajvansh house to Mishti's name.

Meenakshi asks if Abeer will forgive her now but Nanu says that she cannot buy Abeer and Mishti by this.

Abeer and Mishti's haldi ceremony begins and Meenakshi also takes part in the ceremony secretly, while here Kuhu is upset.

Mishti picks up Kuhu's phone which is from her lawyer and asks her to meet outside the court and Mishti is hearing this.

Kuhu manages to changes the topic and covers it up and is upset that she had to go for divorce hearing at court.

Mishti is shocked as she hears it and realise that Kuhu is in trouble.