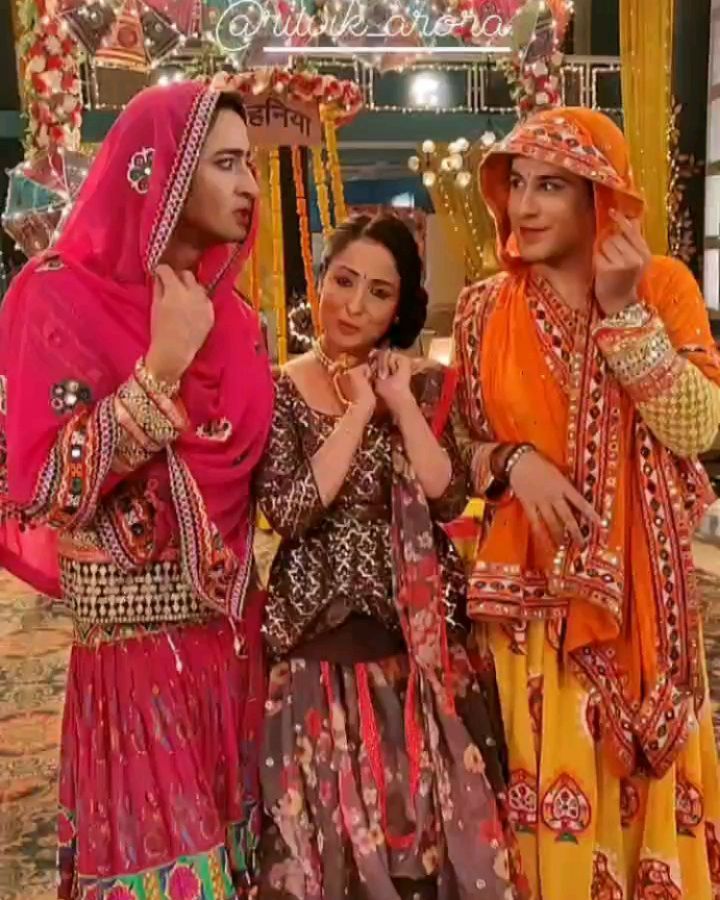 Abeer and Mishti's haldi ceremony is organised and here everyone is in fun mood.

Kunal, Ketki and all applies haldi to Abeer and Meenakshi even secretly takes part in the ceremony.

While Kunal is tensed over divorce hearing and here he wants to speak to Kuhu but she is avoiding him.

Abeer assures Kunal that he will make him meet Kuhu and thus Abeer and Kunal dons ladies avatar.

Abeer and Mishti thus marks entry in Mishti's haldi ceremony and here Kunal tries to talk to Kuhu and express his feelings of love.