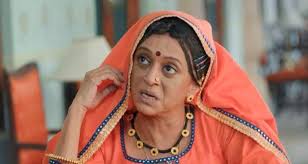 Suman and Dhara are trying to convince each other, here Suman is furious over Dhara.

Suman is furious as Dhara raise hand over Krish and Shiva and Suman couldn't tolerate it.

Dhara and Gautam tries to explain it to Suman as why Dhara did it and Suman taunts Gautam over it.

Suman questions Gautam why he didn't stop Dhara when she was beating her son's.

Gautam and Dhara tries explaining their side and Suman has lost it and taunts Dhara for being sterile and lacking love of motherhood.

Dhara is hurt hearing it and Gautam is stunned to see how Suman is crossing limits with Dhara and hurting her.

What more drama is this going to unfold next and how will situation change for Dhara and Gautam.