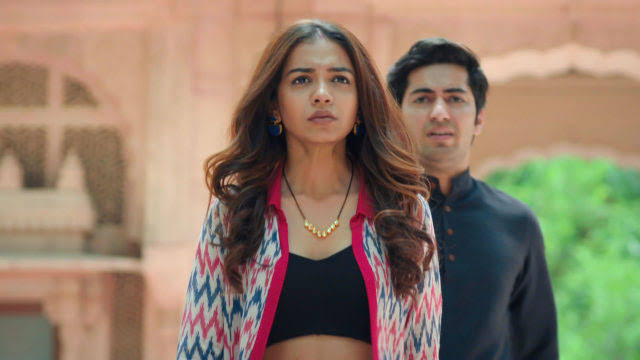 Dev and Rishita's relationship is at stake after what has happened and how Rishita revealed truth to Suman.

Rishita has cooked blunder and because of it Suman kicks Dhara out of house, Dev, Shiva and Krish tries to stop it but of no use.

Rishita now shows her tantrums and tells Dev that she is leaving Pandya house and asks him to come along.

Dev refuses and he didn't even shop Rishita from leaving and let Rishita leave.

Rishita is shocked as Dev helps her back the belongings and is changed and acting weird.

Rishita is hurt and here Dev is bearing pain as how Dhara had to leave house because of Rishita and he couldn't do anything.