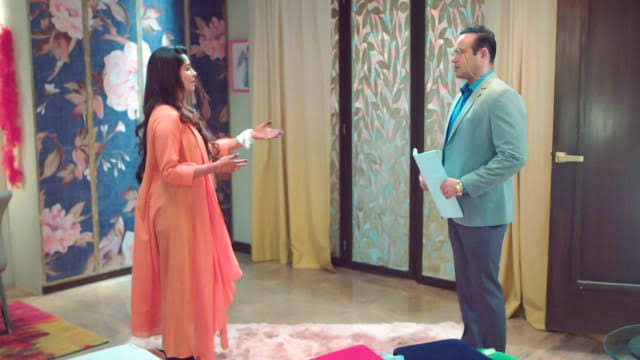 Star Plus serial Kahaan Hum Kahaan Tum is gearing up for high voltage drama and twist.

Rohit and Sonakshi's new drama and dhamaka is gearing up as they are apart from each other.

Sonakshi and Rohit both are struggling in their life, here Naren is back to Sippy mansion.

Naren can see as how Nishi is ruling over Sippy family and is actually running her cunning deals.

Naren couldn't speak up against Nishi as it is about his family, Naren calls Sonakshi to meet and asks her to help him against Nishi.

Sonakshi refuses to keep any relationship with Sippy family but Naren offers to save Suman in return of the favor.

Sonakshi has no way to save Suman and thus she agrees to help Naren and cracks a deal.