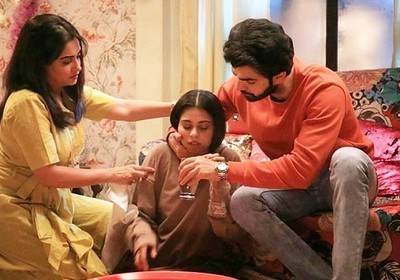 Rohan has moved ahead in life with Tanya as he is scared to lose everything.

Tanya had given warning to him, Rohan thus choose to stay with Tanya and betrayed Pari.

Pari is pregnant and is trying to hide her pregnancy while Rohan gets to know about it.

Rohan and Pari's face off

Rohan don't want any more trouble in his life because of Pari and this baby, Rohan can't offend Tanya now.

Rohan is ready to cross all limits and is all decked up for the dhamaka, stay tuned for more exciting updates of the upcoming episodes only on entertainment news website latestgossipwu.com