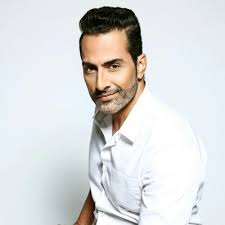 Sudhanshu Pandey is well known Indian model, television actor and singer and is known for his instinct in films.

Sudhanshu Pandey started his career with modelling and was also part of first boys band "A Band of Boys".

Sudhanshu Pandey had played his part in films and webseries like Hundred and is loved by audiences.

Sudhanshu Pandey is now making his comback on television with Star Plus show Anupamaa.

Anupamaa is a Rajan Shahi show which will be telecasted on Star Plus from 13th July.

Sudhanshu Pandey will play character of Vanraj a typical husband who takes his wife for granted.

Sudhanshu's character as Vanraj will bring out the basic structure of Indian mentality and also speaks about extra marital affairs in society.

Anupamaa will go on air from 13th July at 10:00 pm and is a must watch as the show and storyline seems promising.