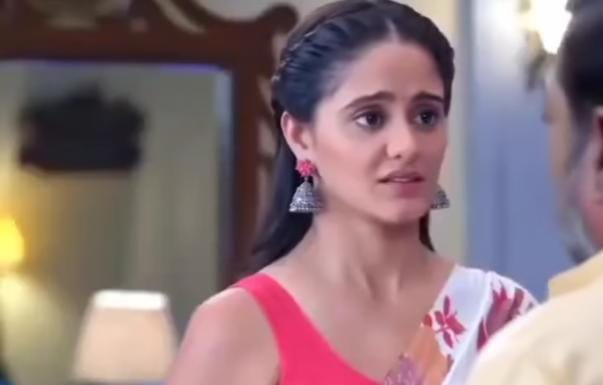 In current track Pakhi and Vinayak together work on finishing the clay house for his competition.

Vinayak thanks her for making the house colorful and attractive. Later Pakhi goes to room with Virat as the latter wants to tell her about Vinu's truth.

He somehow gathers courage but then gets interrupted by Vinayak who wants a family picture with his parents.

They pose for the picture but Sai continuously calls him to hear his voice. Vinayak finds it irritating and ridiculous.

Pakhi thinks why Sai can't wait for a moment. There Sai practices in front of the mirror how to tell the truth to Vinayak that she is his mother.

She shares her joy with her father by imagining him. She then feels how Pakhi will react, she decides to let Pakhi meet Vinu often.

Later she calls Virat to know what he decided. Virat asks for some time more but Sai says she knew he will not be able to tell the truth.

So she says she will come to Chavan Nivas next day and will make the revelation. Virat will spend a sleepless night thinking about her warning.

Will Sai take away Vinayak?