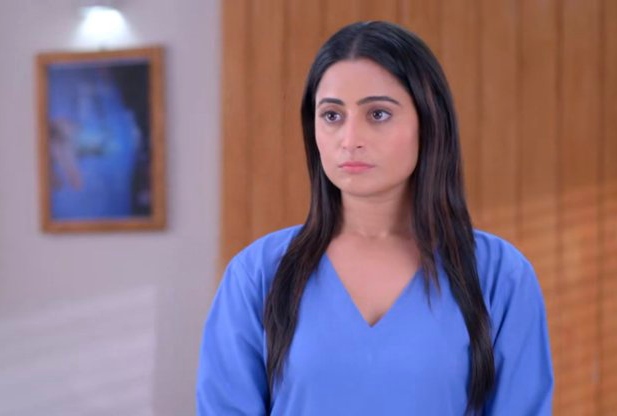 In the Upcoming track of the popular hit show Ghum Hai Kisikey Pyar Mein airing on Star Plus is gearing up for many interesting twists and turns with Pakhi becoming the Surrogate Mother of Virat and Sai.

Recently We have seen that Virat fails to stop Bhavani from introducing Pakhi as Geeta and the Surrogate Person for the Procedure.

Sai calls him and tells him about the Good News of Geeta agreeing to become the Surrogate while Virat is hesitant whether or not to tell Sai but before he doesn't tell her as he fails to.

The Story takes an interesting turn when Sai reaches there with Geeta and accuses Bhavani and Virat shouting at them.

The Doctor is furious with the Betrayal and warns them that she will be suing them and the Family for what they have done.

Pakhi decide to get the Papers and later sneaks into the Cabin of the Hospital. However Virat rescues her coming there as the IPS and helps Pakhi escape before she can get caught.

GHKKPM: Virat opt for Pakhi's CONTENTMENT Sai in for AWFUL A...