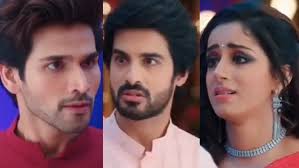 Rudraksh and Preesha are shocked as inspector reveals that Devika didn't commit suicide.

Inspector reveals that Devika was murdered and it was shown as suicide and here Arman is left shocked.

Rudraksh and Preesha are confused as who can do so and here the real culprit is roaming free.

Devika was murdered by the stalker who tried to misbehave with Devika and Rudraksh had rescued her.

Rudraksh is doubtful but doesn't say it out although he remembers that Devika was in danger when he met her.

While now Rudraksh and Preesha will solve the mystery of Devika's murder and what more twist awaits ahead in the story.