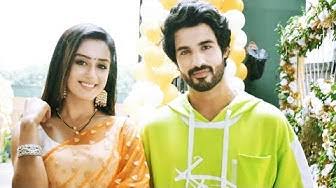 Rudraksh and Preesha are trying to make things work and feels guilty that Devika died because of them.

Rudraksh even takes all blame on himself while now a major truth unveils that Devika didn't commit suicide but was murdered.

Yes, Devika was killed and then hung to showcase it as suicide and now everything is out.

Rudraksh and Preesha are now determined to find Devika's murderer and find who is behind it.

Preesha and Rudraksh takes their charge to find Devika's murderer and not leave the culprit for this heinous crime.

What more drama and dhamaka is awaited ahead and how will Rudraksh and Preesha find the culprit.