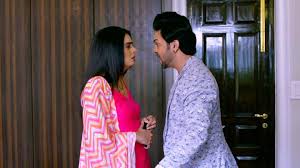 Prithvi and Sherlin are scared as Megha is blackmailing Sherlin to expose their truth.

Sherlin is furious and asks Prithvi to do something to get her out of this mess and Prithvi has a plan.

Prithvi goes to meet Megha and rather his mission was to attack Megha and erase all the proofs.

While here before Prithvi could attack Megha, Ruchika attacks Prithvi and makes him unconscious.

Prithvi is left unconscious and here Ruchika and Megha are furious to see what game Sherlin was trying to play on her.

Now Prithvi goes missing increasing Sherlin's trouble as she is left alone to deal with the mess.