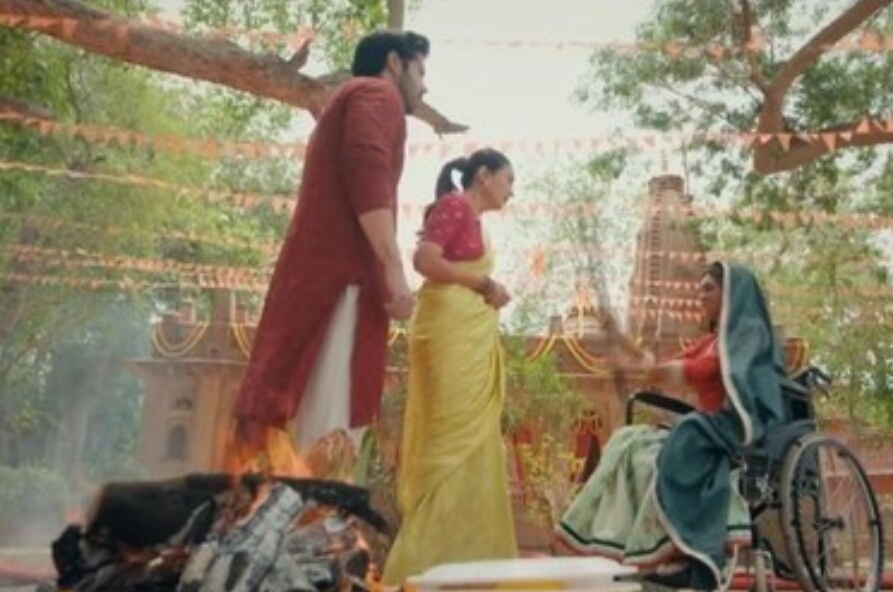 Suman and Dhara had heated argument over the matter of beating Shiva and Krish.

Suman asks Dhara to leave Pandya house, Gautam is trying to handle the situation but of no use.

Here Suman picks up the stick and starts to beat Dhara to seek revenge on Dhara for beating her son's.

Dhara doesn't say anything as she knows that Suman is a mother and she is angry at her.

While Gautam couldn't see this and comes in-between and stops Suman and takes the beating.

Suman is irked while Gautam refuses to move as he can't let Dhara be beaten up infront of him like this.

What more drama and chaos is awaited ahead and will Suman be able to keep her anger and what consequences awaits ahead.