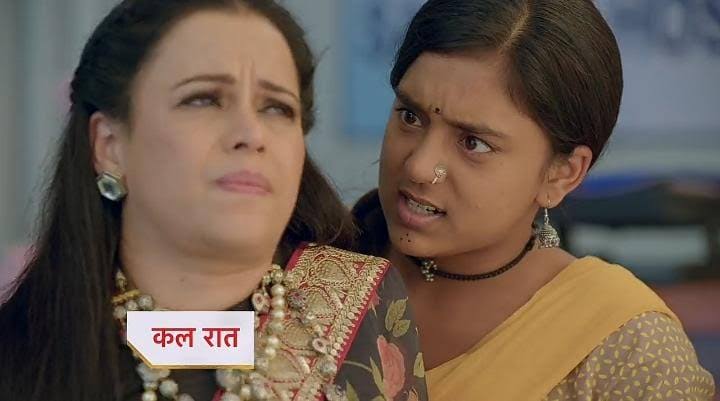 Imlie and Anu are always at loggerheads and this time Malini has taken a step.

Malini wants to unite Dev and Imlie and wants Imlie to get all the rights and happiness she deserves.

Malini thus takes Dev to confront Imlie and reveal truth to her while before Dev could do that she suffers heart attack.

Dev is rushed to hospital and he is critical while Anu blames Imlie for it again and lashes at her.

Anu mistreats Imlie while Malini defends Imlie in this and asks her mother to stop while Imlie will also not take this shit anymore.

Imlie will hold Anu's hand as she tries to raise hand over her and defends herself and even warns Anu.

Imlie: Imlie's (Sumbul Touqueer) way to win back Aparna's he...