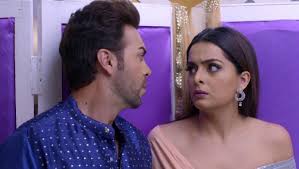 Karan is behind bars for Akshay's murder while Preeta, Sameer and Shrishti are trying to find real culprit.

Preeta has got Akshay's phone and now they are trying to find who the culprit it.

Kritika mistakenly dials a last number and it ring at Sherlin's phone and here Prithvi is stunned.

Prithvi is stunned seeing Akshay's call on Preeta's phone and questions her if she has murdered him.

Sherlin panics and confess truth that she has killed Akshay, here Preeta hears the ring in Luthra house and decodes that murderer is in the house.

Will Preeta, Sameer and Shrishti be able to reach the real culprit Sherlin and what more drama awaits.

Television shoots stalled in Goa show shifts base to Mumbai

Television shoots in Goa are stalled after new guidelines&nb...