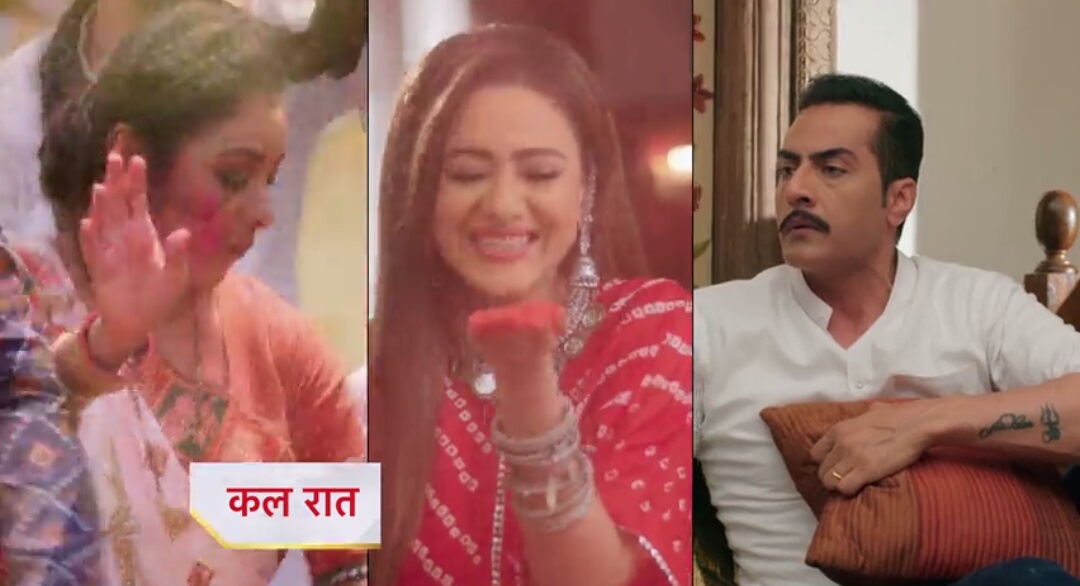 Star Plus popular daily soap Anupama is gearing up for intense drama and dhamaka.

Kavya and Vanraj had their argument over the fact that Kavya wants to apply color first.

While now major crisis awaits ahead as here Kavya is super irked how Shah family is celebrating holi.

Kavya is left without anyone and even Rakhi taunts her over her loneliness and makes things worse.

Kavya thus takes the extreme step where she marks entry in Vanraj's room where he is keeping hiddenly.

Vanraj don't want to play holi and here he is enjoying alone while Kavya knocks and door and spills water over Vanraj.

Vanraj thus loses his cool over Kavya and lashes at her for doing this while Kavya is shocked how Vanraj is reacting and bursting at her.

Anupama: Anupama warns Vanraj to keep Kavya away from her children

Anupama: Kavya competes with Anupama to celebrate holi with Vanraj

Anupama: Anupama warns Kavya to call off her divorce decision with Vanraj