Ek Duje Ke Vaaste 2: Who will win the case Shravan or Simran? 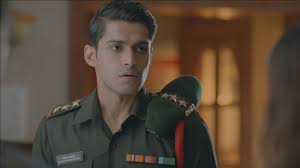 Shravan and Suman are facing each other in court and having a tough time.

Shravan tries to buy time for his father as he is ill while Suman refuses to leave any time.

Suman behaves cold and accuses Shravan for lying and forging the medical certificate as they are wrong people.

Shravan is in tears seeing how Suman has turned up so bitter and wrong, here Vikram is also puzzled to see this.

Shravan and Suman's face off in court

While the court secures it's decision which is to be read after the lunch and here Shravan and Suman are nervous.

Shravan and Suman wants the decision to come in their favor as Suman wants to punish her father Vijay's culprit while Shravan wants to defend his innocent father.