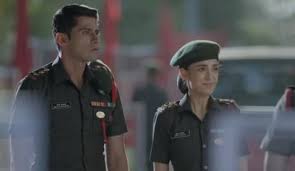 Shravan and Suman are at loggerheads in life and things are getting ugly at court and Vikram can see that.

Vikram knows that Shravan isn't that bad and he had been his friend and his father can't be wrong too.

While he is puzzled to see Suman's hatred for Shravan and her determination to get Devraj Malhotra punished.

Vikram nudges and here Shravan and Suman had face off while on other hand things are sleeping off the hand.

Vikram thus decides to find the reason behind it and what is Shravan and Suman's past which got them here at this point of hatred.