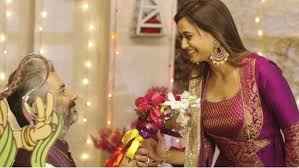 Amber and Guneet are somehow united as Nia put in much efforts and things are changing.

Amber and Guneet's engagement is organised in full punjabi loud style and Amber isn't really used to it.

Amber is irritated with this loud music and drama that is unfolding and he couldn't take it anymore.

Amber thus bursts at Guneet on their engagement day and they had clash over it.

Guneet and Amber's clash unfolds new dhamaka and situation slips out of hand and Nia is badly stuck and asks Amber to calm down.

What more twist and drama is awaited ahead, stay tuned for more exciting updates only on entertainment news website latestgossipwu.com