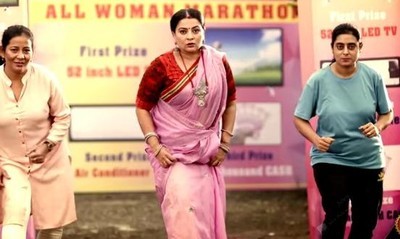 India Wali Maa is the newbie show which is already getting much attention for its one of a kind concept.

Rohan and Chinu are becoming parents while they are not ready for it because of the financial issues.

Kaku wants to resolve Rohan's this issue and thus takes part in All Women Marathon which has a prize money of fifty lakh.

Kaku thus takes part in the marathon to take things forward and win money for Rohan, will she get successful.