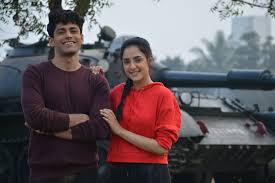 Shravan has managed to apologize to Suman and everything was working fine while but not for long.

Here Anish and Devika has a deadly plan, here they makes Shravan stay back and play game with them.

Shravan had to stay as Suman asks him to stay back and here new dhamaka is yet to unfold.

Anish and Devika plays such a game where Shravan is asked to depict a true relationship.

Shravan ends up describing his and Suman's relationship and thus Anish starts the rage to tease Shravan and Suman but it hurts Suman.

Suman had only considered Shravan as her friend and now everything is slipping off the hand which makes her slap Shravan.