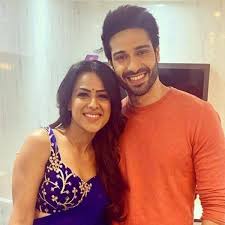 Colors supernatural drama Naagin 4 is gearing up for high voltage drama and twist.

Dev is startled to see Brinda back and he couldn't hold back his feelings of love and romance.

Dev tries to talk to Brinda and know what has happened to her, here Brinda also showcase her love.

Brinda although speaks of hatred but her actions speaks louder and it shows her concern for Dev.

Shalaka and Brinda had bitter face off where Brinda kicks Shalaka out of Dev's room but Shalaka is not going to sit silent.

Shalaka also has a bigger plan to execute, it is going to bring crack in Dev and Brinda's life.

What more drama and dhamaka is awaited ahead in Dev and Brinda's life.