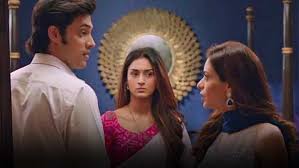 Star Plus serial Kasauti Zindagi Ki 2 is gearing up for new twist and drama.

Komolika can see how Anurag is slowly recalling his lost memory and getting closer to Prerna.

Komolika very well knows that if Anurag will get his memory back then he will unite with Prerna and  kick her out of his life.

Komolika is not ready to let this happen, here she tells Viraj about her plan.

Komolika has planned Prerna’s accident by failing brakes of her car and this car crash is going to turn deadly for her.

Komolika asks Viraj to not dream of his engagement with Prerna as she is going to die as she has written her end.