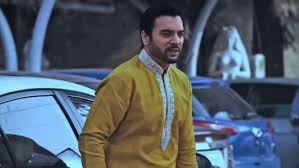 Star Plus popular daily soap Yeh Hai Mohabbatein is gearing up for new twist and drama.

Raman and Ishita are taking all challenges and here Bhalla family is more troubled over Raman and Yug's fight.

Raman and Yug had fight over business blunder committed by Yug while Yug is not ready to accept that he can do such a huge mistake.

Here Raman is not understanding Yug's point of view and thus bitter clash is created.

This all clash and dhamaka had happened all because of Arjit as he had planned this blunder and dhamaka.

Arjit is happy to see Raman and Yug fighting among them, while here he has a bigger plan.

While Arjit is unaware that Raman and Yug's this fight is mere drama in their attempt to reach real culprit Arjit.