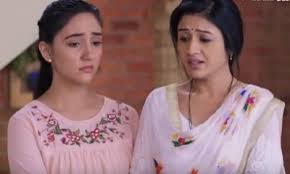 Babita had put allegations over Minni and tags her as Mita, Minni is hurt.

Minni thus leaves the house and goes away with Mickey and Preet who tries to cheer her up.

Minni spends some time with her friends and tries to forget her pain but she feels the same.

Minni feels that her babes is completely changed and she couldn't understand her anymore.

Preet and Mickey tries to cheer up Minni and asks her to forget what all happened as Babes has said it as she was upset.

Will Minni be ever able to shed thus wound of her heart, stay tuned for more exciting updates of the upcoming episodes only on latestgossipwu.com